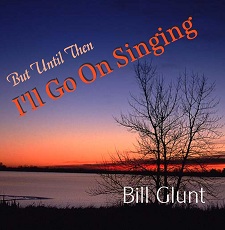 "I'll Go On Singing" was Bill's first recording way back in 1970. It was released at that time on LP Record. The album has been enhanced and re-released on CD. It's not quite the quality of today's recordings, but the songs will still touch your heart.