The Message Behind the Songs 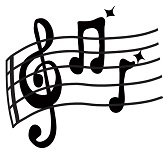 I honestly believe that no Gospel song is written without a reason. Behind the songs you hear that bless your soul there is always a story, there is that personal message from God that inspired the song writer to pen the words and set them to music. Every song means something very special to the composer who wrote it. I know this is true of the songs God has given to me. Below, you will find the message behind the songs I have written. I hope these songs bless you as you hear them and read how they were written

Life in the ministry is not easy. Having spent my life in the Lord's service, I can certainly attest to that. But even through the difficult times, God brought us through to victory and always with a song in our heart. As God spoke through the hard times, the words given became songs. "If you'll only pray, He'll make a way", "I'm sorry dear Jesus that I lost faith in you", and "He taught me how to see through bitter tears," became the songs: "He'll Make A Way", "I'm Sorry Dear Jesus", and "Bitter Tears."

After graduation from Bible school, I traveled as an evangelist. My dreams of turning the world upside down for Christ soon tarnished under the harsh reality of life on the road. At one place I sang and preached, I was approached by a man after the service. He said, "You know you've got a good voice. You're wasting your time singing in places like this. You could make a lot of money as a night club singer." That incident brought the thought to my heart, "I'd rather sing about my Jesus," and became the words to the chorus of the song, "No Gold Records."

At my first pastorate I used to visit a dear saint who lived out in the country. Because of physical infirmity and blindness, she was confined to her home. As I visited one morning she said, "Pastor, did you hear the news today?" I said that I hadn't. She said, "Pastor, the Russian cosmonaut that just came back to earth said that he was in the heavens and didn't see God anywhere." She said, "Pastor, I'm blind, but I see God everywhere." As I drove home through the country that day, I penned the words in my mind. "Even if I didn't have these eyes that I might see. I'd still believe in God above He's been so good to me. There are some who say they don't believe, they can't see God above. They are the one's that are really bline, they need to see God's love." These words became the song, "It's So Great To Be Alive When You Know Jesus."

For several years I served on our denomination's sectional committee. This meant coming back from meetings in the Pennsylvania northland, often on back roads in bad weather. One night it was dark and rainy and I couldn't see the road ahead. In my mind, I just wanted to get home. But as my eyes strained and my mind worked, I thought, you know, there's something sort of exciting about driving when you can't see where you're going. I thought the Christian life is a lot like that. It's a walk of faith. That night in my mind, I penned the words for, "I'm Excited Because I Cannot See."

I got the idea for "The Master Puzzle Builder" as the family sat around one evening working a picture puzzle. Only Jesus can take the scattered pieces of a person's life and turn them into something beautiful.

One day, like all pastors, I was lamenting about how low the Sunday night service attendance was in comparison to Sunday morning. Everyone, it seemed, had an excuse for missing Sunday night. I wrote a funny song about it called, "Not On Sunday Night." I sang it one Sunday morning, and it at least, temporarily, brought an increase to the number coming Sunday night.

When we were working on the "Mr. Johnson" project, I was short one song for the album. That week, I got an email from my brother David. It was the story of a mule that fell down an abandoned well, and how he brought himself to deliverance. I loved the story, and made it part of the album with, "The Mule's Song."

On June 21, 2001, my Father went to be with the Lord. At the funeral, the preacher said that he had his ticket bought, and he was ready for his journey home. I thank God for my Christian heritage. After dad's funeral I wrote, "Thank God I am ready for my journey home," and the song, "Thank God I'm Redeemed."

My wife Donna and I traveled to Huntingdon, Pa., for the Gettic family reunion. The Gettic's are relatives on my mother's side. It was a family reunion like most family reunions. After enjoying a great covered dish meal, the children all took off to play and the older folks sat around, talked, and shared funny stories. A couple of days later as I sat in my office, I was thinking about that reunion. I thought about how every year there seemed to be more empty seats at the reunion. Some seats empty because some just couldn't make it home for the reunion and other seats empty because some had gone on to be with the Lord. Then I thought of the family reunions we'll have up in heaven, and I thought it will be like all reunions. We'll eat, it will be called the "Marriage Supper of The Lamb." The children will run and play, and we older ones will share memories. There will be one difference at heaven's family reunion - we'll be united again, all there, and no empty seats anywhere. That night, God gave me the song, "Family Reunion."

If you have ever watched a Billy Graham crusade, like me you've been moved by seeing hundreds come forward to receive Christ. Billy Graham would finish preaching, bow his head and pray, and the crusade choir would sing the beautiful invitational hymn, "Just as I am without one plea." I wrote the song, "I Was That Sinner Without One Plea" which is really a song about a song. It's the story of a man who just follows the crowd and winds up in the stadium at a Billy Graham crusade. At first he thinks he should leave, but something compels him to stay. He hears the message and as the choir starts to sing that old song, he comes to a startling realization. It was he. He was "that sinner without one plea."

During my first pastorate, we had a bus route that ran through the country. As I drove the bus route one Saturday, I noticed a new family had moved into an old house by the side of the road. I stopped and asked if I could pick up the children for Sunday school. The man there said it would be great. He was trying to remodel the old house and it would "keep the children out of his hair for awhile." On subsequent stops I would invite him and his wife to come to church also. His answer was always the same, "Preacher, if I ever get this house done, I'll come." Mr. Johnson (not his real name) died before the house was finished. I wrote down the words, "Men build houses, earthly houses, when they should be building mansions in the sky." "The Untimely Death of Mr. Johnson" is the ballad of a man who was going to come, but never made it. "His earthly house was standing in his way." What stands between you and salvation? Why not ask Christ into your heart before it's too late.

Our newest release is "Because of Calvary, I Can't Lose Everything." I call it "The Hurricane Katrina Song." In the aftermath of Hurricane Katrina, they interviewed many survivors. Many complained quite bitterly that they had "lost everything!" One man I heard however, had something different to say. He said, "We lost the house and all of our possessions, but praise God, we're all alive," and then he said, "we still have the Lord." As I laid in bed thinking about this man's testimony, I thought, here was a man who could never lose everything. I got up, sat on the edge of the bed, and in the dark wrote these words on a piece of paper, "I'm an heir of the Father, a child of the King. Because of Calvary, I can't lose everything."

© The italicized words are words taken from Bill Glunt's songs and are copyrighted material.